Access to online resources is transforming health and environmental research

In 2007, when he first joined Makerere University in Uganda as an agricultural librarian trainee, Onan Mulumba spent most of his time re-shelving books. Now he accesses thousands of online journals, books and databases to help farmers deal with pest infestations and plant diseases. 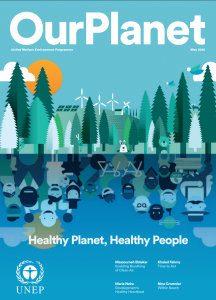 “The (farmers) want an immediate solution because the new crop pests in Uganda are very destructive,” he said. “We can now search the databases to get the knowledge they need.”

The transformation to electronic resources in libraries is part of Research4Life, a UNEP-supported programme whose origins date back to 2000. Studies of research productivity in Canadian, British and American universities have found that productivity is related significantly to access to information resources. Yet 15 years ago, large portions of the world did not have access to the knowledge contained in international scientific publications.