A realization that childbirth in Zimbabwe needed to become far safer inspired Gudrun Witt to start an organization that is working towards exactly that – and Research4Life’s HINARI programme is playing a key role. 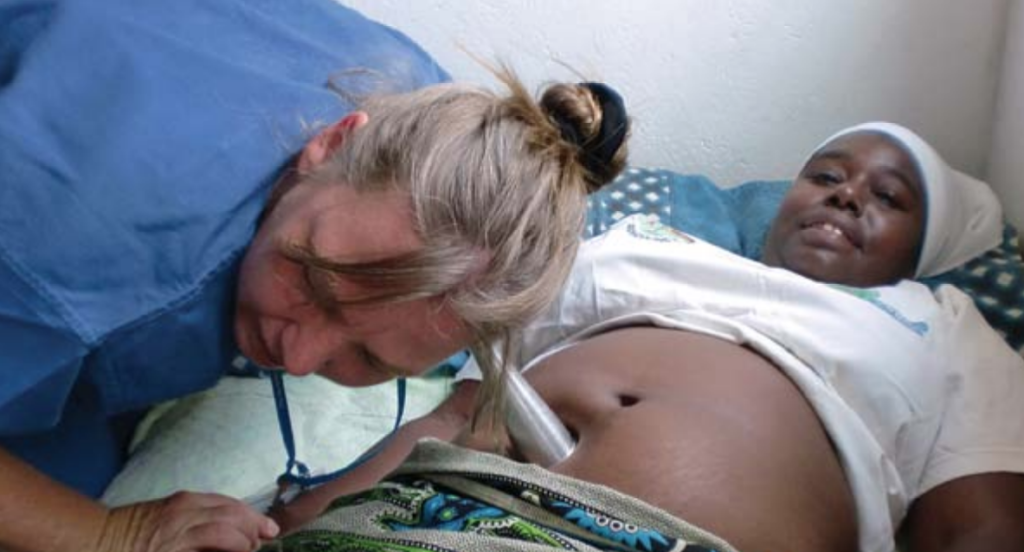 When Gudrun Witt returned to Zimbabwe in 2007 after several years working abroad as a midwife, she was dismayed by the midwifery care available to women in her home country. In particular, she was shocked by “horrendous” maternal mortality rates that, she says, “are quite unacceptable in modern society given the body of knowledge that is available – many women are dying simply because of archaic practices and thinking which have absolutely no evidence to support their continued use.”

Childbirth in Zimbabwe suffers from a dearth of evidence-based practice. Traditionally, it involves a great deal of intervention and very little individual choice for the woman. According to Ms Witt, there was little or no evidence that many interventions actually worked, despite some research that actually advised against several common practices.

It was in this environment – with life in Zimbabwe becoming increasingly hard and inflation spiralling out of all control – that Ms Witt founded New Beginnings. By making available relevant literature, the organization educates not only healthcare practitioners but also women and their partners, with the aim of better and safer maternity care, and, ultimately, a reduction in Zimbabwe’s maternal mortality rates.

Before beginning the organization, Ms Witt enrolled in further study in midwifery through the London South Bank University. Based at the University of Zimbabwe’s Medical Library, she became increasingly exasperated by the outdated volumes of medical literature. Worse still, when a relevant journal was available, it was not uncommon to find pages missing from the article that had taken so long to find. Her fortunes changed, Photos courtesy of Gudrun Witt 9 however, when the library staff brought HINARI to her attention. With relevant, up-to-date literature at her fingertips, she completed her B.Sc. (Hons) in Midwifery (Post Registration). Subsequently, one of Ms Witt’s first acts as managing director of New Beginnings was to register the organization with HINARI.

“Given the grave economic situation in Zimbabwe at the time, I had an interest in researching the safety of home as opposed to hospital,” she recalls. “Many women could not afford to pay hospital or clinic fees and I felt that planned home confinements would be far preferable to the unattended births at home that were occurring because of financial hardship.”

However, she also realized that there would be intense opposition to the notion of home birth among some obstetricians, many of whom traditionally have a low opinion of midwives and their opinions. With HINARI, though, she was able to arm herself with the researchbased literature she needed.

Building an evidence base 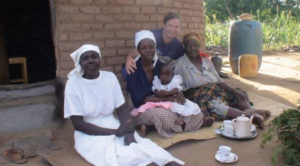 Although the primary goal of New Beginnings is developing a community-based midwifery service with the option of home birth, the organization is working in a number of other areas. Ms Witt is negotiating a service to teach and share current research in existing maternity clinics and hospitals. The organization also has plans to introduce yearly updates and training in obstetric emergencies and neonatal resuscitation, which will be mandatory for practitioners to maintain their registration. Similarly, New Beginnings is negotiating to conduct study days, which will incorporate current research on different aspects of maternity care provision. The intention is that practitioners will be required to attend a minimum number of these before their annual registration can be renewed.

The ability to access evidence through HINARI has allowed the sharing of knowledge that is changing the way crucial activities – such as resuscitation of the newborn – are carried out. New Beginnings has already heightened awareness of the need for evidence-based practice. Recently in Harare, a growing number of midwives have been meeting with each other, as well as obstetricians, to see how a more woman-centred approach to maternity care can be achieved, and to address the problem of women’s lack of choice and involvement in making decisions on their own childbirth experience. According to Ms Witt, “There is no way this could be done without having the benefit and privilege of accessing the most up-to-date research so readily and easily facilitated by Research4Life.”