Home > ‘Making a Difference’: Where Are They Now? – Geoffrey Salanje

‘Making a Difference’: Where Are They Now? – Geoffrey Salanje 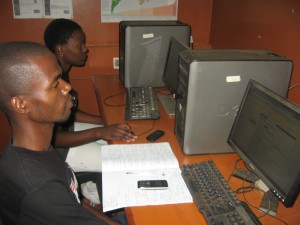 In 2011, ‘Making a Difference’ brought us the story of Geoffrey F. Salanje, then a college librarian at Bunda College of Agriculture, Malawi. Since registering for AGORA, HINARI and OARE in 2004, staff and students at Bunda had benefited from free access to high-quality scientific information in support of more than 20 academic programmes. Three years on, Geoffrey tells us how Research4Life continues to make a difference to teaching, learning and research, both within his institution and in the wider community.

Revisiting in 2014, Bunda College of Agriculture has been transformed. Now Lilongwe University of Agriculture and Natural Resources (LUANAR), the institution has seen its annual student intake swell from about 200 to 1000, with expansion of academic faculties and departments, more staff, and new programmes. With these increases, Geoffrey says, demand for information resources has grown across the University. Publications made available through Research4Life continue to play an integral role in the everyday work of LUANAR students, teachers and research teams. Furthermore, they have been instrumental in the launch of successful academic initiatives, such as regional PhD programmes in a range of disciplines, which began in 2009 and saw their first graduations last year.

Research4Life in the community 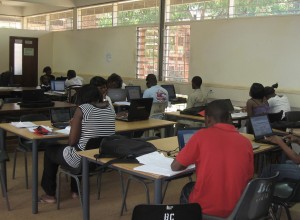 Workshops at Bunda College of Agriculture

In ‘Making a Difference’, we heard how Bunda had launched a Question and Answer Service (QAS) to help farmers, researchers, teachers and extension workers across Malawi with information requests in the field of agriculture and rural development. Since its conception, AGORA resources have played a key role in providing current, relevant information to users of the QAS. Despite a lack of funding, the service still functions on a smaller scale; “I think it has been great,” Geoffrey tells us. Primarily used by extension workers in farming, the positive impact of the QAS can be seen on a national level in increased crop production, improved marketing and value addition to farm produce.

New initiatives for excellence in research

In the course of its exciting expansion, LUANAR has also launched a second nationwide research initiative. In June 2013, the University embarked on a Capacity Building for Managing Climate Change in Malawi (CABMACC) programme. This five-year national project aims to “strengthen training, research and outreach” and achieve “improved livelihoods and food security through innovative responses and enhanced capacity for climate change adaptation”. Demand at LUANAR for information on climate change is greater than ever, and students and staff report that Research4Life is an indispensable resource. 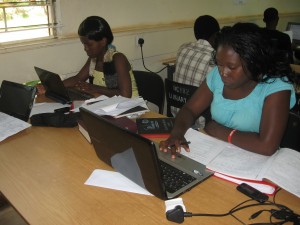 Participants of Workshops at Bunda College of Agriculture

Where is Geoffrey now?

In the years since ‘Making a Difference’, Geoffrey himself has become a University Librarian and a part of the new university’s management team. Describing the challenges of coordinating a collection with far greater human and material resources than those of his previous college library, he explains, “I very much need support from institutions such as Research4Life to help me succeed in my new position”. Geoffrey is also a member of the Research4Life Advisory Council, which seeks to bring together the user community and the partnership in an exchange of ideas and problem-solving across the four programmes. He recognises that the group faces challenges – such as poor internet connectivity limiting the potential of online meetings– but is optimistic that in the future, such problems can be overcome with more personal interaction. Asked about his role, Geoffrey says he enjoys his work with the Advisory Council, adding, “I am happy to be part of the great family of Research4Life!” 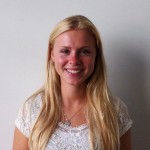 Flo Robertson is a volunteer with the Research4Life communications and marketing team, which seeks to raise awareness and usage of the four programs. She also works specifically with the Research4Life AGORA team as part of the help desk, and is completing undergraduate studies at the University of Edinburgh.

Next case study
A librarian working with doctors to save lives »